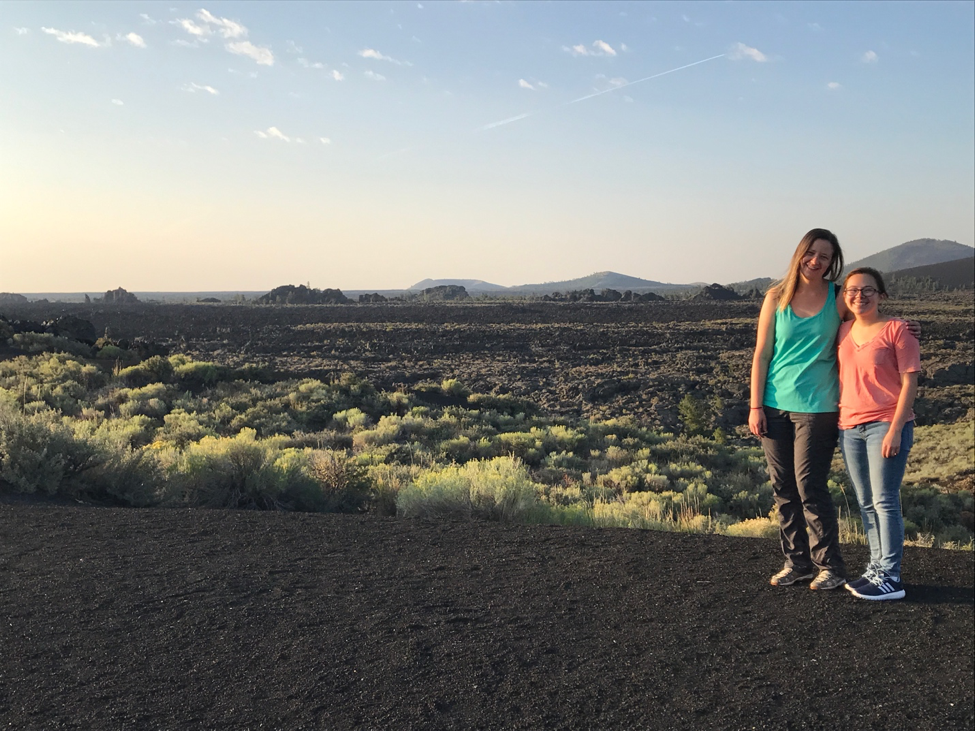 Elena and I are traveling to Idaho to study extremophiles at Craters of the Moon National Monument and Preserve, which is often used as a Martian and lunar analog environment. We’re heading there with NASA’s FINESSE and BASALT teams, which come every year to study the lava flows on the surface and the lava tubes, which are caves carved out by lava flow. Much of the surface of the Moon and other bodies in the solar system is marked by volcanic activity, so Craters is a great place to expand our understanding of these features on Earth in order to be better equipped to work with them in space. Elena and I are looking to study mineral deposits in the lava tubes because subsurface environments are considered one of the important places to look for life on Mars, since they provide more protection from radiation than the surface environment. Since many of the mineral deposits are formed by microbes, we will take samples to sequence later so that we can get a sense of the microbial populations and activity in the lava tubes. We’ll also be joined in the field by our collaborator Kate Craft, from the Applied Physics Lab at Johns Hopkins. Together we’ll be collecting organically clean samples—samples without contamination from outside organic molecules, like those that might be on our instruments or gloves—to look for biosignatures that may have been preserved in some of the deposits. By comparing our sets of results, we’ll be able to target the same questions through multiple kinds of analysis, which will give us a much bigger picture of life in the harsh conditions of lava tubes!