On Friday, Elena, Kate, and I joined more of the FINESSE team in a trip to Big Craters, where there is a large ridge of basalt lava flow that NASA’s BASALT team has previously studied. We hiked along a high ridge to access the sample site, where we saw some incredible views of the surrounding park and the nearby spatter cones, which are mounds of lava that form around a main channel. We climbed up the lava flow to find the site previously sampled by the BASALT team, where we took samples for DNA, RNA, and protein analysis of unaltered basalt lava. Unaltered basalt is dark black in color, while the color of altered basalt lava is often changed because of chemical reactions. Lava that has already flowed out and cooled can be altered via oxidation, making turn a rust-red color, or through reactions with hot gases released later in the flow. We weren’t able to access the site for altered basalt that had already been sampled, so we trekked back along the ridge to prepare for the afternoon. 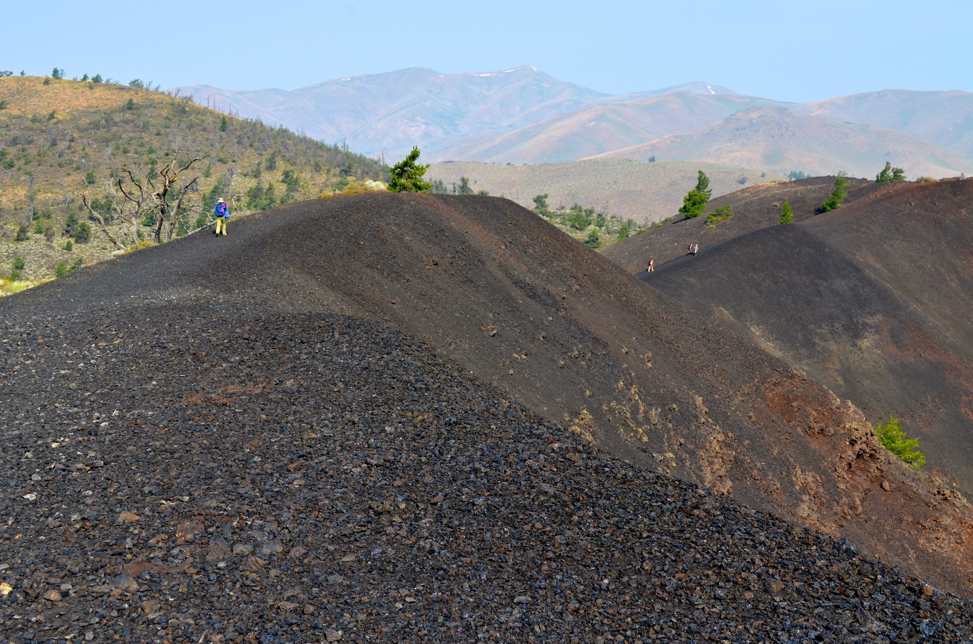 We then went on to the Highway flow—named because it sits directly across the highway from the Visitor’s Center. Shannon, one of the FINESSE project leads, took us along the flow, which is steep and jagged, with crevices throughout, making it hard to navigate without a guide. Before we entered the main body of the flow, we stopped to take in the rugged expanse, which Shannon told us is often referred to as Mordor (it’s a fitting name). After scrambling through the lava rocks, we found two sites—one of altered basalt that had been sampled before by the BASALT team, and another of unaltered lava that was nearby. The unaltered basalt was particularly tough to sample—it’s incredibly dense and hard, but we managed to break off enough for our analysis before setting off out of the flow and toward the highway again. The two samples from the Highway flow will give us a great means of comparing the microbial populations in the altered and unaltered basalt, and since the NASA team has sampled here before, we’ll be able to compare our results to their findings as well. We’ll have a great set of samples to work with when we get back to the lab. We’re rapidly filling the cryoshipper to take them all home. 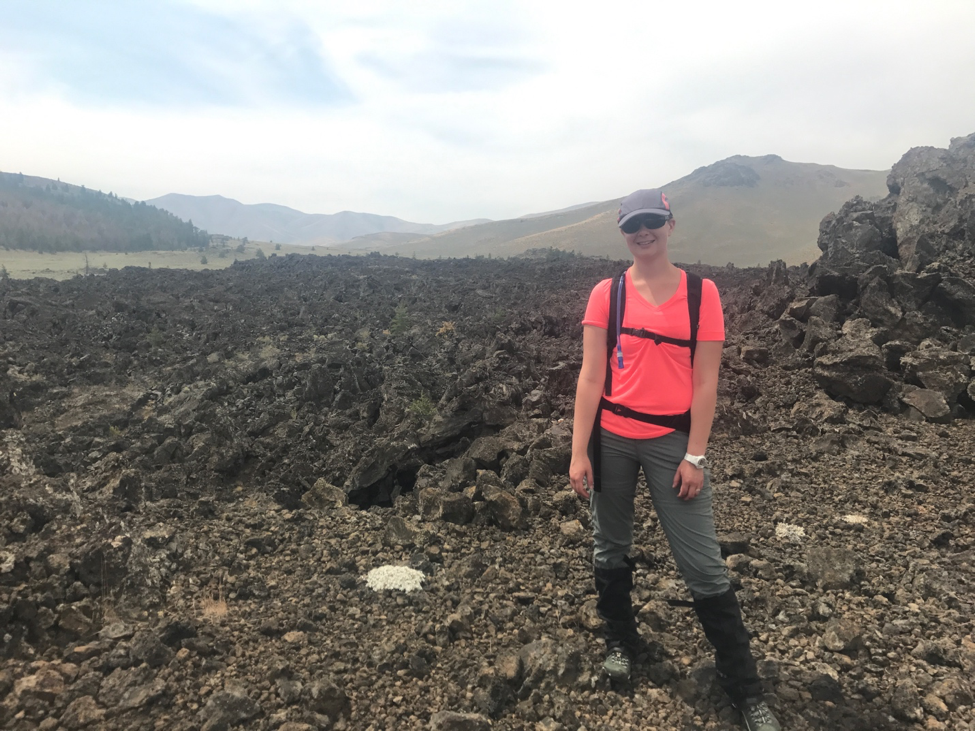