Today our group went to two of the publicly accessible caves that Sarah, Elena, and Savannah had sampled from last year—Indian Tunnel and Buffalo Cave. Indian Tunnel is one of the most popular publicly accessible caves, and the inside is lit by a large skylight. Since our focus is on chemotrophic organisms, we avoided sampling near the skylight and went to the darker region of the cave. There, we found that one of the larger deposits that was sampled last year had disappeared, so we observed that the deposits can vary a lot from year to year. Since we hope to come back in the winter to study the variation between seasons, the indication that the deposits vary annually is an important piece of the puzzle as well. 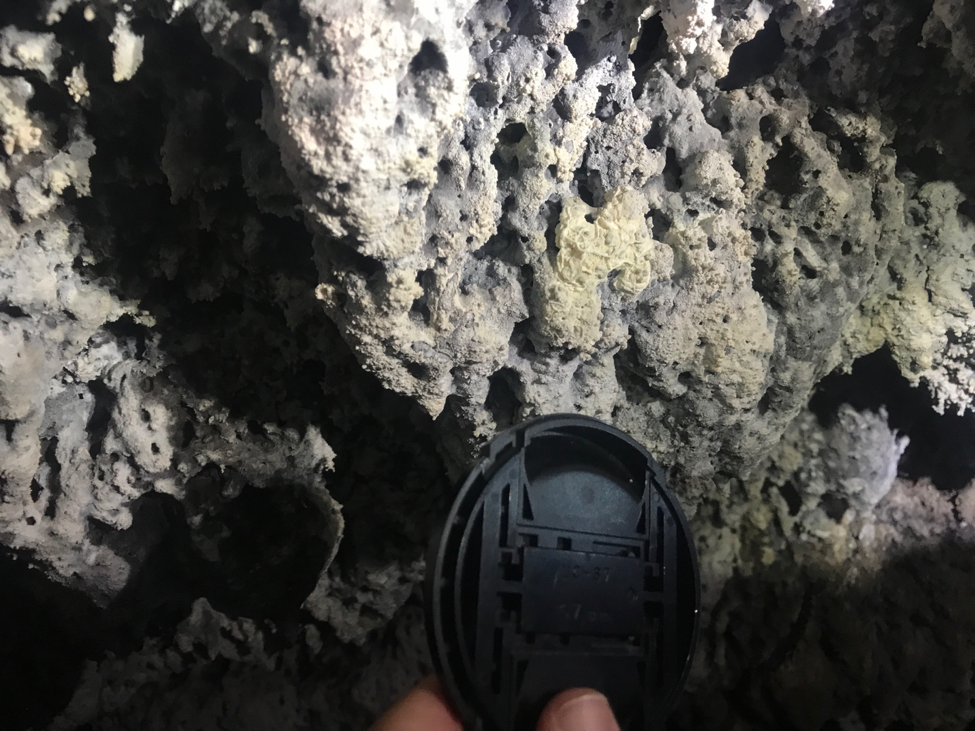 Next we went to Buffalo Cave, which had more abundant deposits than we had seen anywhere else. We were all a little in awe as we walked through the cave, stopping every few meters to point out another interesting feature. The variation in color, and particularly texture, was readily apparent in these samples: we observed smooth deposits that flaked off while we were sampling, and little branches deposits that looked like corals. We collected three kinds of samples, one of which was so abundant that we collected 9 vials of it—a promising chance to explore not just the population composition, but also the kinds of RNA and protein that are most abundant in the sample. This analysis will give us a better understanding of how the microbes in the deposits survive and the metabolic processes they’re employing. These samples should give us a lot to work with back in the lab to expand our understanding of these populations, how they survive, and how they’re affect patterns of mineralization.